Healthy, whole-grain barley made in an Instant Pot. Made with just barley, water, and a few spices, this is a staple recipe that just keeps on giving. Perfect for meal prep, batch cooking, and quarantining at home! Take 5 minutes today to set your week up for success!

Barley made in the Instant Pot. It’s not the most exciting recipe ever, but it’s a versatile, pantry staple that you need in your repertoire. Why, you ask?

Is barley in your recipe repertoire already? Have you eaten it at restaurants or in your grandma’s soups but never made it at home? Maybe the closest you’ve gotten to eating barley is drinking your favorite beer. Whichever camp you fall in, I urge you to give barley a try. Here’s why:

Barley is an extremely inexpensive grain that’s been cultivated for thousands of years. It’s chewy, a little nutty, and super versatile. It also expands a lot when cooking, so you get plenty of bang for your buck and lots of good results from your kitchen labor. 🙂

Barley is an important crop around the world, and it’s especially helpful as a winter cover crop. Cover crops are a huge part of sustainable agricultural practices. They reduce soil erosion and, when rotated properly, help ensure optimized soil composition by reducing nitrogen left behind by previously grown crops.

Barley is also good for your own health! Barley is high in iron, potassium, fiber, and a variety of B vitamins. It improves gut health, enhances glycemic control, increases satiety, lowers cholesterol, reduces colon cancer risk, and prevents constipation. (You should always choose whole-grain barley to get all of these health benefits. Please see the next section for more information about choosing the right type of barley.)

While pearl barley is faster to cook, and some may call it “easier”, whole-grain barley is always a better choice. In fact, since the Instant Pot makes everything pretty fast, it takes just a few extra minutes to cook up a whole grain version of barley!

Hulled vs. Hulless vs. Pearled Barley

All of these terms refer to a particular type of barley, as I’ll explain below. It may be a bit confusing, but both hulled and hulless barley are whole grains that contain the germ and bran.

Hulless barley is a variety of barley that has a lightly-attached “hull” on the outside of the grain. This hull comes off very easily and is typically lost during harvesting. Since it requires very little if any processing, hulless barley remains almost entirely intact.

Finally, we have pearled barley, which is not a whole grain at all. Pearled barley is dehulled, as the two whole-grain versions above are. But instead of stopping there, pearled barley is processed further to remove the bran as well. After that, it’s typically polished, or “pearled”. This process removes much of the barley’s healthy fiber and nutrients. Unfortunately, pearl barley is the type you’ll most commonly find at your grocery store.

So there you have it. Four different terms to refer to barley processing. The bottom line is this: If you see hulled, hulless, or dehulled barley in your grocery store, you’ve got a whole grain on your hands!

I created this recipe after trying and failing with THREE different online recipes. There was way too much water in one, one called for olive oil for some reason, and none of them tasted like anything.

Since I bought a 10-pound bag of barley, I was able to do plenty of experimenting until I got the recipe right. If you have HULLED (AKA “dehulled”) barley at home, this recipe should work perfectly for you!

This recipe is great because it makes a big batch of barley at very little cost, especially if you buy your barley in bulk. When you cook grains in bulk and then refrigerate them before eating, as you would with meal prep, you create resistant starch.

Why should you care about resistant starch? It feeds your good gut bacteria, improves your digestive health, and lowers the grain’s glycemic load. All without any additional effort on your part!

Nothing special here, just a few pantry staples to make this barley taste like…something. Barley is the ultimate neutral whole grain. Its texture is chewy and very slightly nutty, but it doesn’t have much flavor on its own!

In this recipe, we are jazzing our Instant Pot barley up slightly, while keeping things fairly neutral. If you’re looking to make barley for a sweet, rather than savory purpose, then skip the bay leaf and onion powder and reduce the salt. Otherwise, this recipe is neutral enough for any savory purpose.

That’s it! This recipe is easy and straightforward. It just plain WORKS.

Where can you find whole-grain barley?

As mentioned above, your regular grocery store probably carries pearl barley. If it doesn’t list the particular type of barley on the package or if it looks very white, then you can assume it’s pearl barley. This is the case, for example, with Goya Barley.

If you’re having trouble finding whole-grain barley at your grocery store, try the specialty foods or organic aisle, a Whole Foods store in your area, or purchase it online. I buy my hulled barley online in bulk and have had good luck with this barley, which I buy in 10-pound bags.

This is a legitimate question that lots of people ask about barley! Barley can become a bit “slimy” or “gelatinous” because it’s quite starchy. I find that this is especially the case with pearled barley, or barley cooked in too much liquid. To combat the slime factor, rinse your barley extremely well before cooking it. Then drain and optionally rinse your barley again after cooking.

I don’t usually rinse my barley after cooking it, personally, but you should definitely drain off the small amount of starchy liquid left over after cooking if you’re sensitive to it. This will play a huge role in the barley slime factor.

Some recipes recommend adding oil to prevent sticking, but there’s really no need for oil in basic cooked barley–just rinse the barley after cooking if you think the starchiness will bother you!

How to Use Cooked Instant Pot Barley

Once you have a big batch of this barley in your fridge, you’re halfway to almost any meal of the day! Here’s how you can use this healthy whole grain.

Types of Barley: This recipe is meant for hulled (AKA dehulled) barley only. I have not tested this recipe with hulless or pearled barley.

Nutrition information is an estimate only, based on the recipe as written. Data was obtained through MyFitnessPal's recipe creator.

Did you make this recipe?

Please leave a recipe rating or pin it for later!

The Background and Science Behind these Ingredients

What do you think?

Thanks so much for stopping by! If you make this recipe, then please leave a comment and rating. I would love to hear what you think and how it worked out for you!

Don’t forget to check out my other Instant Pot recipes as well!

This post may contain affiliate links. As an Amazon Associate I earn from qualifying purchases. If you make a purchase through one of these links, I may earn a small commission at no additional cost to you. You can read our disclosure policy for more information. 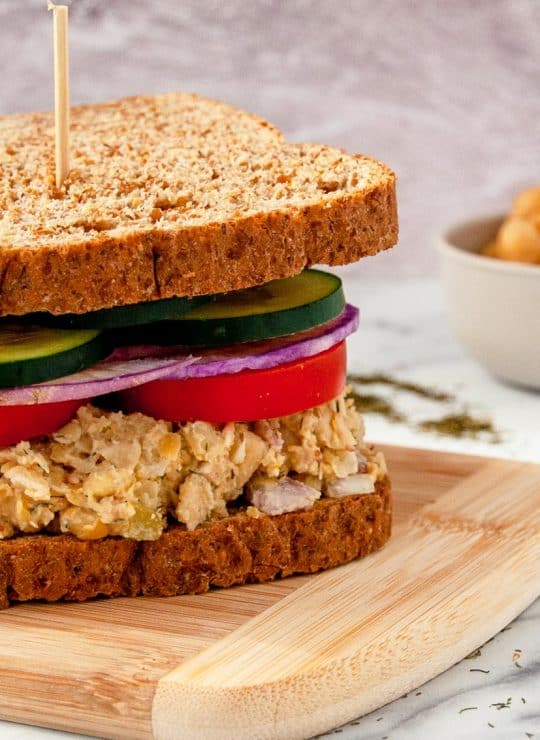 This site uses Akismet to reduce spam. Learn how your comment data is processed.

About the Plant-Powered Cook

Hi, I'm Kayla!
I'm the recipe and content creator here at Plant-Powered Cooking. A little about me: I love to eat, love to cook, and love to learn. A lifelong foodie, I started my whole-food, plant-based vegan journey in 2017. After experiencing a steep learning curve myself, I now share what I’ve learned about plant-based cooking and nutrition here at Plant-Powered Cooking! 🌿
Learn More 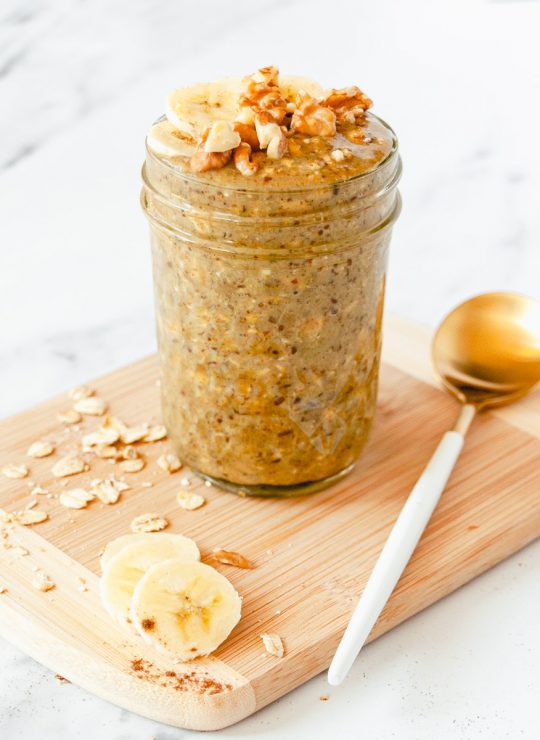 Healthy recipes and nutrition tips - straight to your inbox!

Thanks so much for stopping by! New posts and content are added frequently, so please come back again soon and subscribe to our Newsletter. We look forward to welcoming you into the Plant-Powered Community!
Subscribe
We use cookies on our website to analyze our traffic and to give you the most relevant experience by remembering your preferences. By clicking “Accept”, you consent to the use of ALL the cookies.
.
Cookie settingsACCEPT
Manage consent

This website uses cookies to improve your experience while you navigate through the website. Out of these, the cookies that are categorized as necessary are stored on your browser as they are essential for the working of basic functionalities of the website. We also use third-party cookies that help us analyze and understand how you use this website. These cookies will be stored in your browser only with your consent. You also have the option to opt-out of these cookies. But opting out of some of these cookies may affect your browsing experience.
Necessary Always Enabled
Necessary cookies are absolutely essential for the website to function properly. These cookies ensure basic functionalities and security features of the website, anonymously.
Functional
Functional cookies help to perform certain functionalities like sharing the content of the website on social media platforms, collect feedbacks, and other third-party features.
Performance
Performance cookies are used to understand and analyze the key performance indexes of the website which helps in delivering a better user experience for the visitors.
Analytics
Analytical cookies are used to understand how visitors interact with the website. These cookies help provide information on metrics the number of visitors, bounce rate, traffic source, etc.
Advertisement
Advertisement cookies are used to provide visitors with relevant ads and marketing campaigns. These cookies track visitors across websites and collect information to provide customized ads.
Others
Other uncategorized cookies are those that are being analyzed and have not been classified into a category as yet.
SAVE & ACCEPT
Skip to Recipe